It’s been hard to miss the prominence of COP26 over the last few days, and with the conference officially running until November 12th, its media dominance is likely to persist for a little longer. But what is COP26 and why is it so important for tackling climate change?

Being held at the SEC Centre in the Scottish city of Glasgow, a city ironically known for its industrial past, the summit will see around 200 world leaders negotiate and hopefully agree on taking the next steps to tackle climate change.

Standing for Conference of the Parties, COP meetings are annual gatherings of officials from all 196 parties who have signed the United Nations Framework Convention on Climate Change established in 1994. They use these conferences to build new treaties and targets in dealing with the climate crisis. Although COP summits are held each year, major summits take place every five years (although COP26 was delayed a year due to Covid-19), the last being in 2015 with the creation of the Paris Agreement forming a new chapter in global climate governance.

What are the Aims of COP26?

Outlined in the pre-conference “COP26 explained” publication, there are four key goals this COP aims to achieve.

What Has Happened So Far:

The success of COP26 has so far been mixed. It was first hit by the absence of Russia’s President Vladimir Putin and China’s President Xi Jinping, with China being the world’s largest polluter and an essential player in the summit’s success. Although India agreed on a date to achieve net zero emissions, this was set at 2070, 20 years after the agreed net zero deadlines outlined in the Paris Agreement.

However, it isn’t only doom and gloom, with 128 countries so far agreeing to halt and reverse forest loss and land degradation by 2030, providing funds of $12 billion (US) to achieve it. Whilst more than 100 countries have also pledged to reduce global methane emissions by 30% from 2020 levels. Although some of the world’s largest polluters, including Russia, China, and India, have so far failed to sign the pledge.

What can we expect the outcome to look like?

Although it is difficult to predict the outcome of any COP meeting, this was emphasised with COP15 held in 2009, with the meeting starting well, before talks collapsed in the final days, resulting in the creation of the non-binding Copenhagen Accord.

It is expected that COP26 will build on the ‘ratchet system’ developed by the Paris Agreement, with states submitting improved commitments outlined in their nationally determined contribution (NDCs) that must be more ambitious than the one submitted in the previous five years. However, several major polluters, including China and India, have failed to so far submit updated targets, with this COP aiming to ensure these polluters improve their commitments.

If the conference reaches its aims, this is likely how they will happen:

Was COP26 a Success?

With COP26 now ended and all 197 parties agreeing to the Glasgow Climate Pact, the outcome of COP26 is being labelled a success by some of us at Treepoints and a failure by others. The Read more… 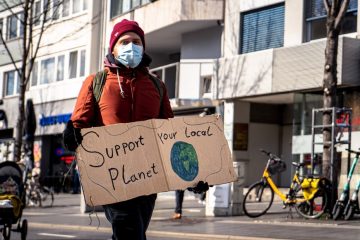 What is COP26? Held between October 31st and November 12th 2021, the 26th Conference of Parties, shorted to COP26, is meeting in the Scottish city of Glasgow. This brings together all 197 parties of the Read more…