Held between October 31st and November 12th 2021, the 26th Conference of Parties, shorted to COP26, is meeting in the Scottish city of Glasgow. This brings together all 197 parties of the United Nations Framework Convention on Climate Change (UNFCCC). With world leaders using the forum to negotiate international treaties and agreements to keep the rise in global temperature below 1.5 degrees, to limit the potential devastation caused by the climate crisis.

“The people alive now are the generation to come, will look at this conference and consider one thing. Did that number stop rising and start to drop as a result of commitments made here.”

With the climate crisis dominating our news feeds, alongside the long-anticipated COP26 currently underway, we keep finding new and often confusing words relating to climate change. For this reason, we have decided to compile the top twenty terms you are likely to hear regarding climate change.

This is the process of reducing and stopping greenhouse gas emissions through human activity to curb the causes of climate change and subsequently limit its effects. This includes limiting the amount of greenhouse gases (GHGs) in our atmosphere, both by reducing our current polluting activities, whilst also decreasing the concentration of GHG emissions already in our atmosphere.

Adaptation is the process of adjusting to the current and future impact of climate change, to minimalise its effect on human life and ecosystems. The nature of adaptation projects has drastically differed depending on the location and climate issue. Such examples include the creation of new infrastructure to reduce the impact of rising sea levels, or the development of drought resident crops to survive reduced rainfall.

Black carbon (BC) is the second-largest contributor to global warming after CO2. BC is formed by incomplete combustion of fossil fuels and is made up of pure carbon. This is most prominently caused by inefficient diesel engines, wood-burning, and cooking stoves. Unlike CO2, BC only remains in the atmosphere for a few weeks after being emitted, giving a decrease in BC pollution an immediate and significant reduction of BC levels in the atmosphere; compared to past CO2 emissions remaining in the atmosphere for up to a thousand years after being emitted.

These can be defined as protecting, creating, or modifying ecosystems to form a natural protection against socio-environmental challenges, which are most often linked to climate change. This forms greater resilience to allow for the continued development of human society and biodiversity. Such examples include the creation and restoration of forests as carbon sinks, alongside redeveloping coastal habitats as natural barriers against erosion caused by rising sea levels.

This is considered the worst-case scenario in which countries continue with their climate destructive activities without taking any action to cut their emissions. This is often used to suggest what the impact would be if governments did nothing and continued with their current levels of pollution, causing a rise in global temperatures well beyond the 1.5C target set in 2016.

This is the process in which CO2 pollution is captured, ever directly as it is produced, or through its removal from the atmosphere. This captured carbon is then placed in long-term storage, usually deep underground, to prevent it from contributing to global warming. This utilises carbon capture technology, which is still in its early stages of development, to maximise its potential in reducing current atmospheric CO2.

Carbon footprint can be defined as the total greenhouse gas emissions produced by any given unit. This can include but is not limited to, all humanity, countries, corporations, or individuals through their actions. By reducing their carbon footprint, these units reduce their contribution to climate change.

This is the stage after carbon neutrality, in which an organisation or individual reduces global emissions more than they contribute towards it. This is often achieved through offsetting, allowing organisations to claim they have a positive climate position, as they have a greater impact on reducing the causes of climate change than they have in causing it.

Building on carbon neutrality, net-zero means organisations, governments or individuals can prove they have eliminated or balanced all of their carbon emissions, including indirect emissions, based on accepted scientific targets.

A carbon sink is anything that absorbs more carbon than it produces, having a positive climate impact. These include forests, peatlands, and oceans, which absorb and store carbon.

This is the opposite of a carbon sink, rather being anything that produces more carbon emissions than absorbs. Examples of manmade carbon sources are the burning of fossil fuels. Whilst natural carbon sources can be seen with volcanic eruptions.

This is the process in which emissions produced are compensated through projects that reduce the same level of carbon emissions elsewhere. Through funding such projects, individuals and businesses can reduce their carbon footprint. This is something you can easily achieve through a Treepoints subscription.

These are energy sources that are naturally replenished. These are considered carbon neutral and use natural phenomena, most notable solar, wind, wave and hydropower; all of which are constantly replenished. This is in contrast to fossil fuels.

These are the countries considered to have the lowest levels of socioeconomic development. As a result, they are considered the least responsible for climate change, the least able to adapt to its impact, and subsequently the most negatively impacted by it.

These islands are some of the most vulnerable to climate change due to their location, making them adversely affected by rising sea levels, natural disasters, and changes in weather patterns. Points further empathised by their socioeconomic position, preventing them from pursuing adequate adaptation. Such states notable include Barbados, Fiji, Maldives, and Mauritius.

This is the process in which the destruction of forests is prevented ever through programs that disincentives forest destruction through creating alternative economic activity or creating legal barriers against it. This is important due to forests acting as valuable carbon sinks. When trees are cut down for firewood or land clearance, they release much of the carbon they previously stored in their roots and trunks.

This is the process in which new forests are planted to create future carbon sinks. As these trees grow, they start to absorb carbon from the atmosphere.

REDD+ is a framework created within the UNFCCC to guide the forestry sector away from deforestation and towards the sustainable management of forests and the planting of new trees.

Standing for the United Nations Framework Convention on Climate Change, the UNFCCC is an overarching global treaty signed by 165 states since 1992. The treaty ensures ongoing climate research and regular meetings, through annual COPs (conference of the parties). During these meetings, parties negotiate overarching agreements and protocols to address the climate crisis. 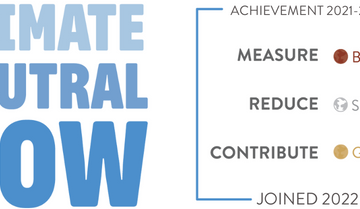 Treepoints are part of the UN Climate Neutral Now Initiative!

Treepoints is proud to announce that it has officially received its badge from the UN Climate Neutral Now Initiative (UNCNN) What is it exactly? The UNCNN  is one of several initiatives launched by the UNFCCC Read more… 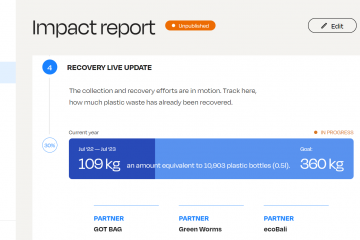 We have an exciting announcement!  Since our beginning we have been partnered with Plastic Bank to help aid the collection of plastic waste before it reaches the marine environment. However, we thought it was about Read more… 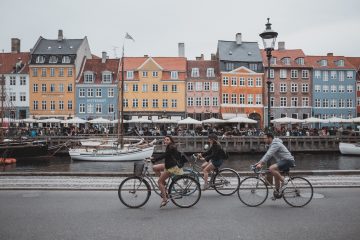